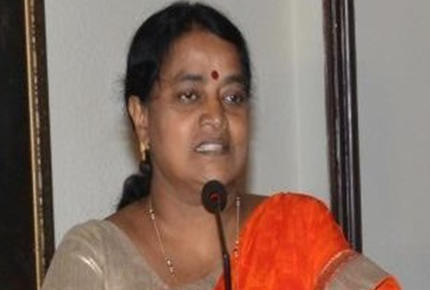 Sheelu is the President of Tamil Nadu Women's Collective (TNWC) and is the founding member; She is an international spokesperson and actively speaks before the world about international trade, debt, the impact of transnational corporations on local development, food security, and sovereignty. She won the Fifth Food Sovereignty Prize presented in New York by the US Food Sovereignty Alliance in 2013. NDTV, a leading Indian news channel, nominated her for the Women of Worth award. Sheelu holds a diploma in Gender Planning for Development from the University of London.

Ponnuthai is the Secretary of TNWC, and she leads TNWC’s work in Tirunelveli district. A Dalit leader and farmer, she faced considerable challenges, especially domestic violence, in her personal life. Her association with TNWC started when she approached TNWC for counseling. Over the years, she empowered herself and many similar women to stand up for their rights. She began her career with TNWC as a field worker and rose through the ranks to become the Secretary. She was recognized by Rotary club international as a “Best Social Worker” through an award conferred to her in Tirunelveli district. Ponnuthai holds a Diploma in Nursing. She is the current president of Kalanjium Women Farmers Association. 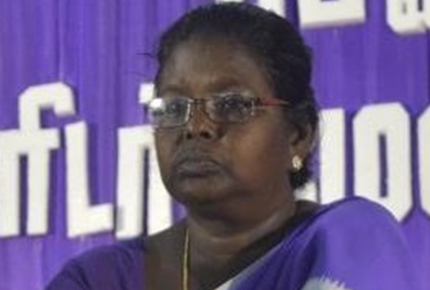 Josephine is the Treasurer of TNWC. She leads TNWC’s work in Tiruvanamallai district. Josephine is a Dalit leader, who successfully and fearlessly fought against many stereotypes associated with women. She successfully led Save the girl child campaign. Josephine is a trainer who leads the training and extension work of TNWC.

Jothy is the Vice-Secretary of TNWC, dalith and she leads TNWC’s work in Madurai District. Her interest in farming and women empowerment made her play a very active role in women farming activities. She is a small farmer, and she has facilitated setting up of three women's collective farming groups in her region.

Chitradevi is an executive member of TNWC. She is leading TNWC’s work in Theni district. Her association with TNWC started when she approached it for counseling as a young widow from a slum in Chennai. Over the years she has equipped herself to lead the TNWC’s Periyakulam unit. She is a trainer who successfully trained hundreds of women. Lions club international recognized her work with the "Best social worker" award.

Rose Mary is an executive member of TNWC. An MA graduate, she is a member of the TNWC’s Nilgiris unit which has got more than 17 collective farms. She organized, lead, and participated in many protests that condemned violence against women, and advocated for women farmers’ rights

Jagatha is an Executive member of TNWC from Salem district. Jagatha is a recognized activist for local community development. She is excellent is building partnerships among various NGOs and steer them toward a common goal. Jagatha leads Children’s panchayat initiatives of TNWC. She helped women farmers in her district to join and develop 12 women's collective farming projects.

Kamala is an Executive member of TNWC from Thiruvallur district. A Dalit leader, she joined TNWC at the age of 18 and grew with TNWC for the last 22 years. Local panchayats in her district recognized Kamala as an outstanding grassroots leader and social change agent. In recognition of her work, the local panchayat granted her ten cents of land to improve her scale of work.

Ranjitha is an Executive member of TNWC from Tuticorin district. she began her association with TNWC through safe food campaign at Schools. Ranjitha is an active advocate of safe nutritious food like millets instead of fast food. 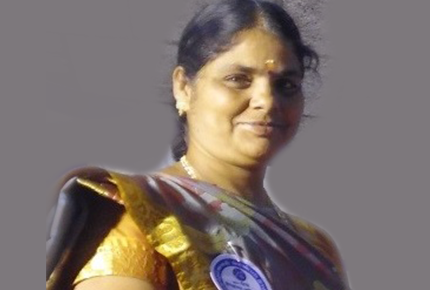 Ranganayaki is an Executive member of TNWC from Dharmapuri and Krishnagiri districts. A widow and farmer, Ranganayaki has championed sustainable farming in her community. In her region, she also runs an active children’s panchayat movement. Nehru Yuva Kendra recognized her work with the "Best Social Worker" award.